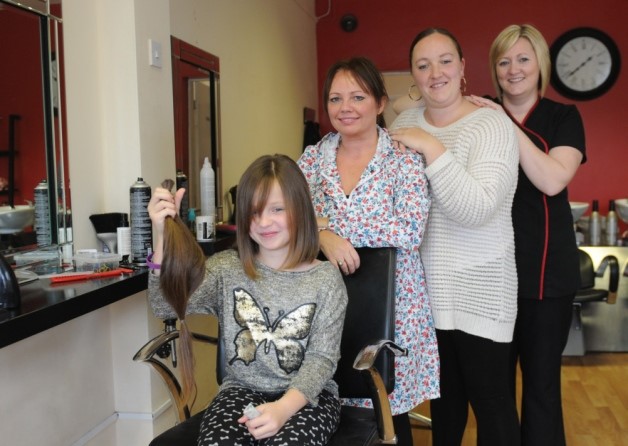 Summer-Jo holding her hair that was cut off for the fundraising event with (left to right Lorna Johnson of Stranton primary school, hairdesser Joanne Smettem and Summer-Jo's mum Vikki.

KIND Summer-Jo Reid had her long brown locks chopped short as she remembered a brave youngster who lost a tragic cancer battle.

The 10-year-old Year 6 pupil was Stranton Primary School’s very own Rapunzel with her long brown hair.

But Summer-Jo, who lives in the Whitby Street area of Hartlepool, decided she wanted to get her hair cut short in a bid to raise as much money as possible in memory of Dan Sullivan, the Stranton Primary School pupil who sadly passed away after a fight against acute myeloid leukaemia, an aggressive form or leukaemia, in November last year.

She did exactly that. In the weeks leading up to going for the haircut at Charisma Hair and Beauty, in Miers Avenue, Summer Jo raked in as much sponsorship cash as possible.

And although the exact amount is yet to be confirmed, the school say more than £1,000 has already been raised and the final total is likely to be closer to £2,000.

"Summer Jo has done absolutely amazing,” said Lorna Johnson, parent support advisor at the school, in Southburn Terrace. “She made the decision herself that she wanted to do this and she went about the fundraising. It’s just been so kind of her and everyone involved is so pleased and proud.”

Mrs Johnson was joined by Dan’s mum, Gillian Sullivan, at the salon as Summer Jo got the chop. 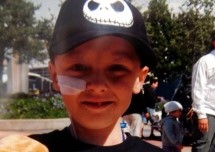 And she revealed that just as the hairdresser was about to start, one of Dan’s favourite songs came on the radio. “We just couldn’t believe it, we all choked up,” admitted Mrs Johnson. “It was a very emotional day but all of Dan’s family are so grateful to Summer Jo.”

As well as the money that was raised through the sponsored haircut, all of the other pupils at Stranton Primary School played their part. Neil Nottingham, school headteacher, said: “Dan was a brave, courageous and amazing young boy who will never be forgotten. Summer Jo did a fantastic job.”

All of the money raised will be donated to Believe in Magic, the charity which helped Dan to fulfil his dream of singing on stage with popstar Jessie J. 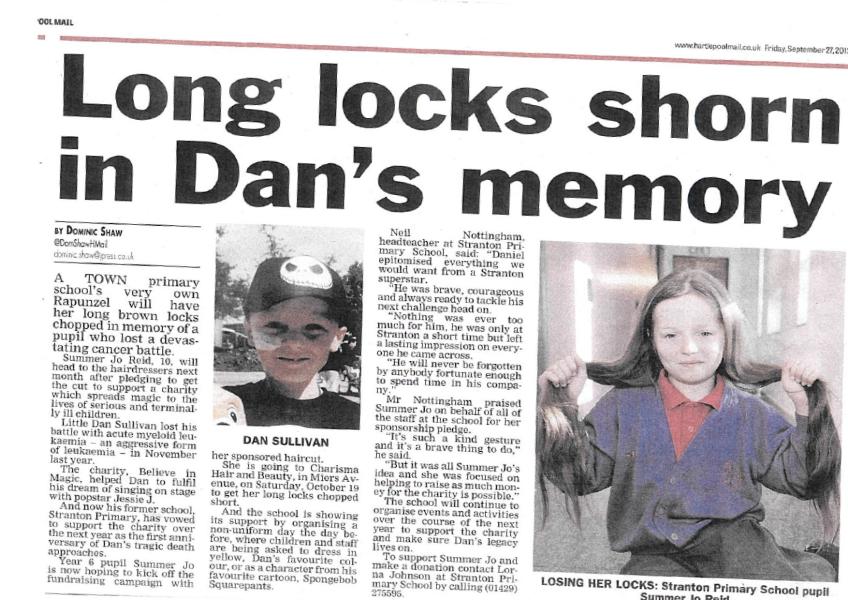 It is with great sadness that one of our pupils - Daniel Sullivan passed away last week after a long battle with leukaemia.

Daniel faced many challenges in his short life and yet still managed to maintain an enormous smile and wonderful zest for life that I have not seen in anyone so young. In fact I don’t think I have ever seen Daniel sit or stand still – he was always running round looking for his next ‘challenge’ – often with me chasing behind him!

The thoughts of everybody at Stranton Primary School go out to Daniel’s family who have supported Daniel every step of the way and ensured the last 18 months of his life were filled with more happy times and experiences than most people get through in a lifetime.

Daniel epitomised everything we would want from a ‘Stranton Superstar’ – he was brave, courageous and always ready to tackle his next challenge head on.  Nothing was ever too much for him – he was only at Stranton a short time but left a lasting impression on everyone he came across. He will never be forgotten by anybody fortunate enough to spend time in his company.

Stranton School will continue to support ‘Believe in Magic ‘– a charity which supported Daniel and his family through the most difficult times and we will be organising events over the coming year to make sure Daniel’s legacy lives on.

If nothing else, this reminds us just how short and precious life is. Be sure to give your child/ren an extra big hug tonight – you never know how quickly life can be so cruelly taken away. 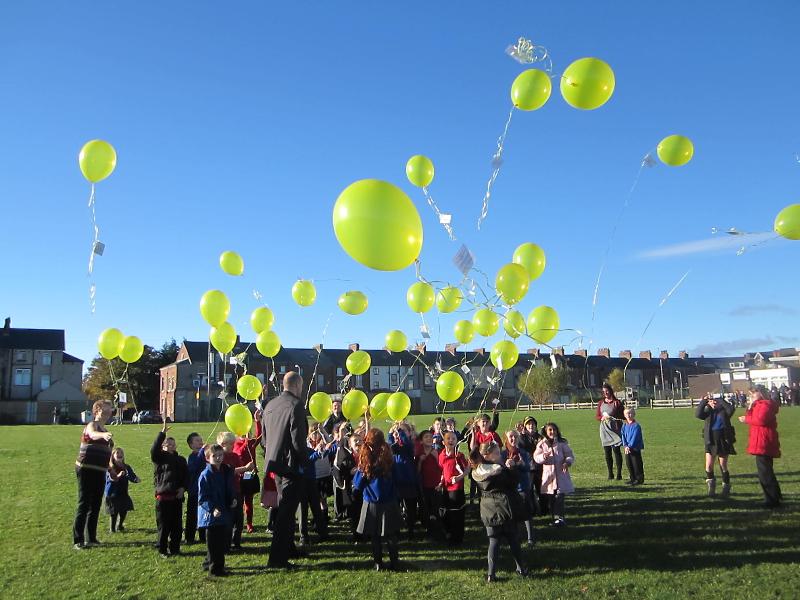 Children from Daniel's class each wrote messages on balloons and sent them high into the sky this afternoon. 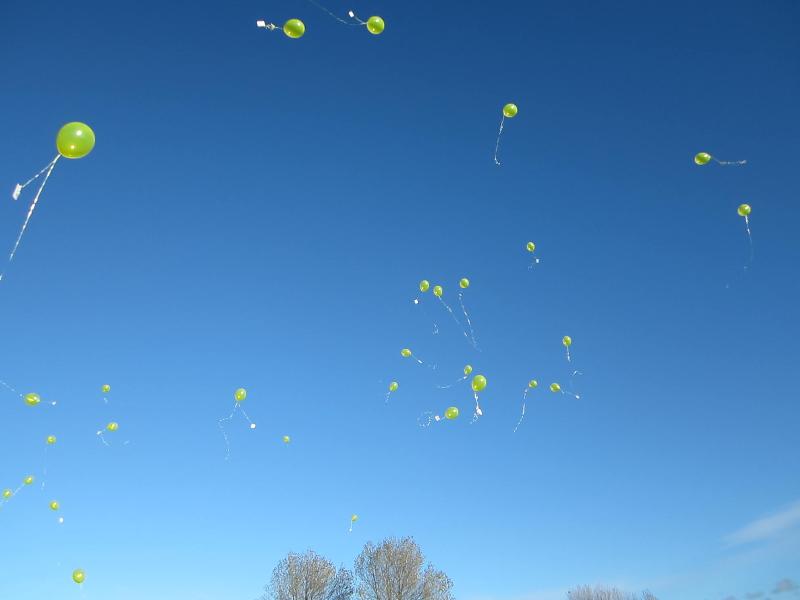 They very quickly filled the air with a sea of yellow - Daniel's favourite colour. 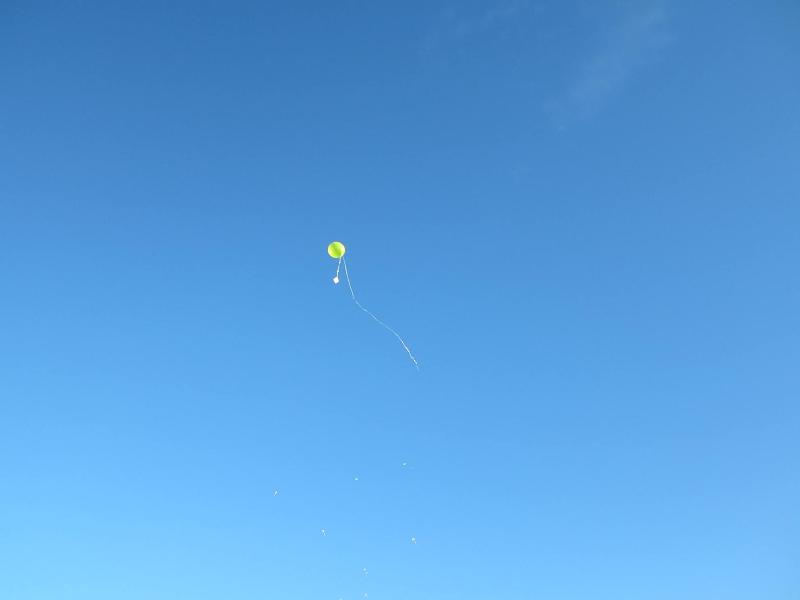 One solitary balloon decided to go off its own way!

On 13 November we recieved an e-mail from two girls. They had found one of the balloons in Denmark, in a fishing village called Klegod; 380 miles away. 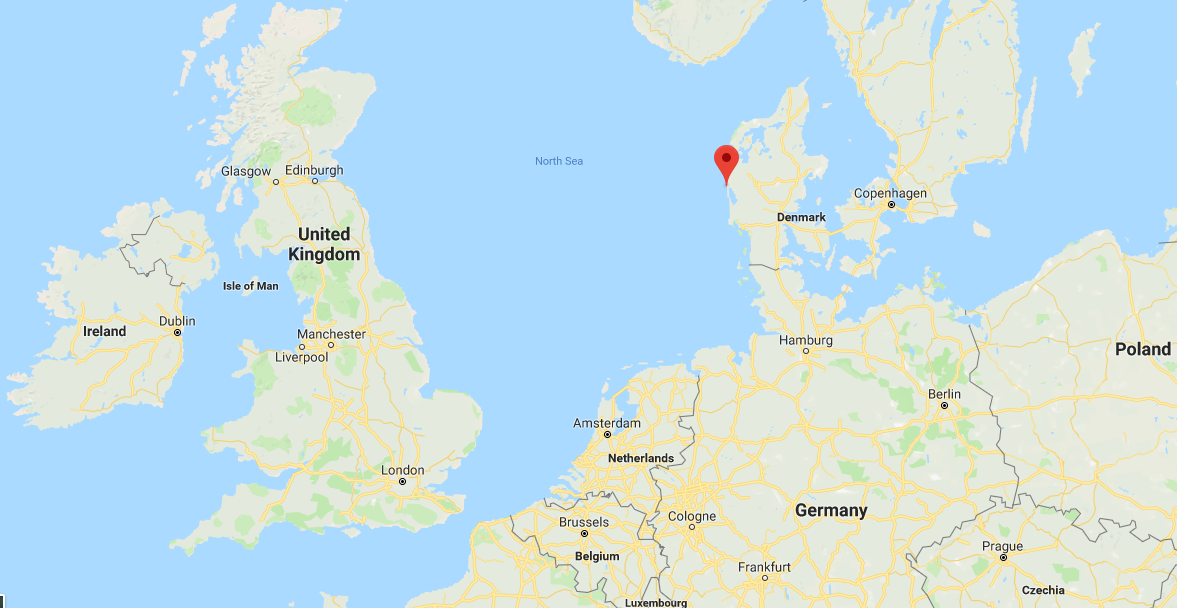